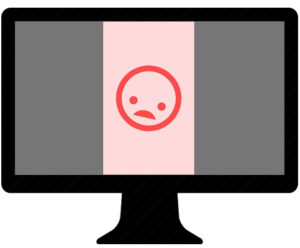 I just read a short article on why vertical video is on the upswing. This means, simply, video shot with a vertical cellphone or device is being taken more seriously by marketers, despite catty remarks from “serious” filmmakers.

The article wasn’t exactly Sunday New York Times material, but it did make some very practical points. A phone, because it’s a phone, has a default position of upright because that’s the best way to jam it against your ear. While you might turn it on its side to watch a movie, most of the time, whether recording or watching a quick video, you’re naturally going to keep it upright. Thus the vertical recordings play better for the viewer and take up more screen space.

While it was common for those of us who see our video on a computer screen to watch vertical videos in a narrow strip down the center of a typical 16-by-9 video profile (God forbid, with elements of the recording displayed outside the edges with lowered opacity), Facebook and Instagram have adapted. Most Facebook videos appear in a 4 by 5 ratio screen, which is kind of a compromise – not perfect, but better. Businesses have responded by posting 4 by 5 videos to make maximum use of that format.

For years, video creators reviled vertical video. Cinema, which I guess is the standard we all looked toward, was horizontal. Vertical video was lazy and amateurish. And there’s nothing worse than learning someone shot a precious clip you need to complete a project, only to find out their recording was vertical cellphone video.

I’m trying to adapt. I’ve posted a few Facebook videos in a square format. It looks OK, and gives a bigger picture. It’s a few extra steps, a little more data, and  you have to remember to locate your titles in the center so they won’t slip off the screen.

I think customers will appreciate being offered the extra option of a “Facebook-friendly” copy. Time to change with the times.